9 first time winners each won their genre, while Surrey’s Hooper Turnt Sanger, who grew up in Maple Ridge, and was the night’s closing performance, won the Hip Hop category for a second time, and was first runner up in fan vote placement, earning him over $750. DJ Elixir (Mission), Alexis Lynn (Langley), Rebecca Sichon (Mission), TestTubeBaby (Coquitlam) were the only other repeat winners this year, with Elixir (Electronic 2018) and Sichon (Pop 2020/21) being the only two to have previously won their genre categories. Glisha (Surrey), a previous bestowed award winner, and Etienne Siew (Coquitlam), who both performed in Jubilee Park at the live event, were in the top 5 of fan votes for the second year in a row. Siew finished first in voting last year, while winning the Country award, and this year was selected by Mission Folk Music Fest to perform at the 2023 festival, a spot provided this year to 2021 FVMA nominee The Crescent Sky (Chilliwack), who performs Saturday at Heritage Park. Argel MDR, Lynn, Sammi Morelli, and Elixir also performed live at the awards on Thursday.

Visit the 2022 nominees/winners page on the side tab here to see the full list of winners! 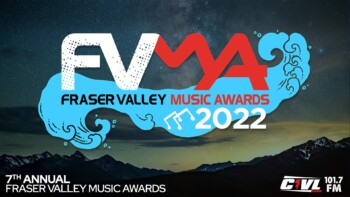 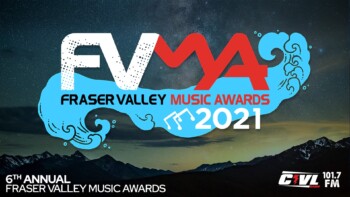