Experimental Artist of the Year 2021 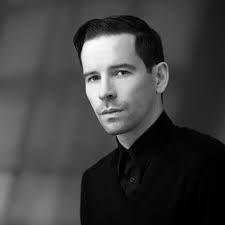 Stephen Carl O’Shea is an award-winning minimal sound artist and songwriter from New Westminster, British Columbia. As a co-founding member of the new-wave band You Say Party, he has toured across 3 continents and played hundreds of shows in dive bars, all-ages spaces, and music festivals. His passion for the arts and community-building has led him to be the artistic director of Jam in Jubilee Music Festival (2012-2014) and currently works as the Executive Director of the Arts Council of New Westminster (2015 to present).

In 2015, he released the first in a series of collaborative projects, “Midnight Music” is a four-song EP created with New York-based artist Holy Hum.

In the Spring of 2019, Stephen released “EXPANSE”, an audio-visual composition created with Montreal-based artist Daniel Ross. EXPANSE was nominated for two categories (Electronic, Experimental) at the 2019 Fraser Valley Music Awards. EXPANSE was recognized in the Electronic category.

In January 2020, Stephen announced a new album entitled DECADE. Releasing one minute of music via Bandcamp on the last day of each month for the next ten years, the album will culminate in a 120-minute continuous composition.